PHILADELPHIA — Rob Thomson has spent 15 years in a major league uniform, but the letters never stop. Some fans still think he is Robby Thompson, an All-Star second baseman in the 1980s and 1990s, and they send him old baseball cards to autograph. Thomson mails them back, unsigned, if they come with a self-addressed stamped envelope.

Thomson wears his missing “P” on his cap now as he tries to help the Philadelphia Phillies end their 10-season playoff drought, the longest in the National League. He has been the Phillies’ manager for nearly three months, corresponding with their rise to an N.L. wild-card position. Anonymity may not last.

“I used to be the guy, when I’d walk by, they’d go, ‘Who’s that guy? Oh, he’s the bench coach,’” Thomson said. “Because I always tried to stay low-key. But now you’ve got to be front and center.”

Thomson is front and center in the only photograph mounted on the walls of his office at Citizens Bank Park. He is posing with his players on a tarmac in Washington, in front of the team plane on Father’s Day. Thomson is wearing a suit, as he does for all road trips — and so is everyone else.

For decades, this was standard attire in the majors, until teams loosened travel rules in recent years, prioritizing comfort over style. Thomson, 59, has not imposed a new dress code on the Phillies, but he has never changed his preference, either. For the trip in June — less than three weeks into his stint as manager — the players changed theirs to honor him.

Thomson’s minor league career was uneventful, but he has turned his knowledge of the game into 30-plus years of coaching and front office work.Credit…Jerome Miron/USA Today Sports, via Reuters

Thomson grew up in Ontario, Canada, and attended his first major league game with his father, Jack, at Tiger Stadium in Detroit in the early 1970s. After the game he noticed the players filing into the parking lot, all wearing suits and ties. That, Jack Thomson said, is how a big leaguer looks.

As a player, Thomson never came close to the majors; he was a catcher and infielder who peaked at Class A in the Detroit farm system in the late 1980s. But he worked his way through the Yankees’ organization in front office and coaching roles, and won a championship ring in 2009 as Joe Girardi’s third base coach.

“He knew how to manage a game long before he became a manager,” said David Robertson, a Phillies reliever and former Yankee. “When we were in New York, he was the guy. Joe was the head guy, and he was the other head guy. If you needed something, Thoms knew about it, Thoms was involved in it. He ran the camps, he ran everything. Joe made the calls, but it was like having two of the brightest minds at the top right there.”

When the Yankees fired Girardi after the 2017 season, they hired Aaron Boone over Thomson, who moved on to to Philadelphia as the bench coach for Gabe Kapler. The chance to manage in the majors, Thomson believed, had passed him by.

“I sort of turned my mind off of it,” he said. “I went the way of, ‘You know what, I think I’m pretty good as a bench coach and that’s probably what I’m going to be and I can’t control all the other stuff. So that’s all I’m going to focus on.’”

Thomson had largely given up on his dream of managing, but Dave Dombrowski elevated him to the job on an interim basis in June.Credit…Matt Rourke/Associated Press
The team was dealt a huge blow when Bryce Harper was injured on June 25, but that is when Thomson’s steady hand became crucial.Credit…Derrick Tuskan/Associated Press

When the Phillies replaced Kapler with Girardi before the 2020 season, Thomson remained the bench coach. He was elevated to interim manager on June 3, after Girardi was fired. The players felt responsible for letting Girardi down, said outfielder Kyle Schwarber, but they were thrilled with Thomson and let him know with their Father’s Day gesture.

“The biggest message there was, one, we’ve got your back,” Schwarber said. “We know he’s in a tough spot; he and Joe go back a long way. And, two, to have the special kind of sentimental feeling there with his father, it all kind of added up to: we love you, we respect you, and we’re ready to go. Because that’s how we all feel about him. I guarantee you if someone were to say something to him, the whole team would jump out.”

The Phillies were 22-29, worse than even the rebuilding Pittsburgh Pirates, when Thomson took over. They won their first eight games for Thomson but were still just two games over .500 entering their game on June 25, when a pitch from San Diego’s Blake Snell broke Bryce Harper’s left thumb.

Losing Harper, last year’s N.L. most valuable player, was a test for Thomson. While Girardi, 57, has a long and successful track record, his steely intensity, fairly or not, does not project serenity. When Harper went down, Dave Dombrowski, the Phillies’ president of baseball operations, said he was glad to have Thomson in charge.

“Rob’s approach was, ‘OK, other people have to pick up the pieces,’ and that attitude permeated within the clubhouse, because you could have given in very easily at that point,” Dombrowski said.

“Now, rarely would you have a big-league manager lose a player and say, ‘Oh my goodness gracious, we’re not going to make it.’ But it’s the atmosphere they create — is it the atmosphere of panic, or the atmosphere of calm, cool and we’ll get through this? And he creates more of that.”

The Phillies may be starting to feel the absence of Harper, who is close to returning after hitting two home runs Tuesday in the first game of his rehab assignment at Class AAA. One of the majors’ top slugging teams, the Phillies recently went 10 of 12 games without a home run, losing two series to the Mets in that stretch.

But Thomson’s record as manager was 47-26 through Wednesday, and he reached 40 victories in only 59 games, the fastest for any manager in the franchise’s 140-year history. Instant success only helps build trust, but the players say it runs deeper.

“It doesn’t matter if you’re a veteran or you’re a rookie, he treats you the same,” said the veteran second baseman Jean Segura, who once clashed in the dugout with Girardi. “As a skipper, you want everybody to respect you, and at the same point, you need to understand that you have to give that respect back to the player. We are human beings and we are grown men here. If you respect me, I’m going to respect you back. It’s something Thomson does a really good job at — communicating.”

Thomson and Girardi won a World Series ring together with the Yankees in 2009. They ended up reunited in Philadelphia, but Girardi’s struggles gave Thomson his opportunity.Credit…Barton Silverman/The New York Times

Larry Bowa, 76, the former Phillies manager and shortstop, coached for the Yankees when Thomson ran spring training with uncanny precision. Thomson’s promotion, Bowa said, was a just reward for a baseball lifer who respects the game and its history. It was also a classic case of a team replacing one type of temperament with another.

“People said the same thing about me: when you’re high-strung, they think, ‘Oh, he’s too uptight,’ but that’s just Joe’s personality,” said Bowa, now a senior adviser for the Phillies. “And we had a tough schedule at the beginning. When you’ve got newcomers like Castellanos and Schwarber, it takes a while for you to get your clubhouse in order and guys trusting one another.”

Dombrowski said he did not believe the Phillies could have recovered without a managerial change, though in some ways their turnaround was only natural. The Phillies had a winning record last year (82-80) and then signed several productive free agents: Schwarber, outfielder Nick Castellanos and the relievers Brad Hand, a lefty, and Corey Knebel, a right-hander.

Part of Thomson’s job, as he saw it, was to give the team a mental reset.

“We had great expectations coming out of spring training, because we knew we had a good ballclub — and then it didn’t happen right away,” Thomson said. “We’d get going and we’d scuffle, get going and scuffle. There was no consistency. So it built up a lot of pressure, and you could feel it. So the first thing we tried to do was just calm everything down, slow it all down.”

Thomson has tried to keep a steady batting order, and makes a point to send the lineup to players the night before each game. Dombrowski gave him more options along the way, adding Robertson to the bullpen, Noah Syndergaard to the rotation, and strong defenders to the infield (Edmundo Sosa) and outfield (Brandon Marsh and Bradley Zimmer).

Thomson thought his role was to help the team slow down and regroup. He has them in position to make the playoffs for the first time since 2011.Credit…Matt Slocum/Associated Press

Segura, who missed two months with a broken finger, returned in early August to reclaim second base. That allowed the Phillies to shift the rookie Bryson Stott to shortstop and release the struggling veteran Didi Gregorius as part of a summer purge of underperforming players from the roster.

Two areas of weakness — defense and the bullpen — have turned into strengths for the Phillies, though Knebel is out for the season with a torn shoulder capsule. Prospects like Stott and Alec Bohm are improving in the majors instead of regressing, reversing a discouraging trend for the organization. And the rookie Darick Hall had hit nine home runs before the team sent him to Class AAA to get more frequent at-bats.

It all might culminate in the Phillies’ first playoff appearance since Charlie Manuel was the manager in 2011. The team has churned through four others — Ryne Sandberg, Pete Mackanin, Kapler and Girardi — who could not find a way back to the postseason, but Thomson could be the one. He is a rookie who feels right at home.

“I normally get here at 9:30 or 10 a.m. for a night game, and many times he’s here already; he works out here and all that stuff,” Dombrowski said. “I told him, ‘Topper, you don’t have to get to the ballpark so early.’ He says, ‘No, no, this is my place. This is where I feel comfortable.’” 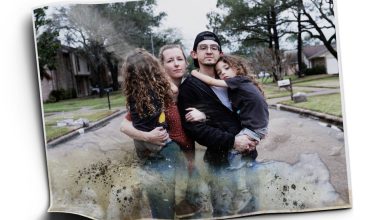 Their American Dream Is Being Washed Away 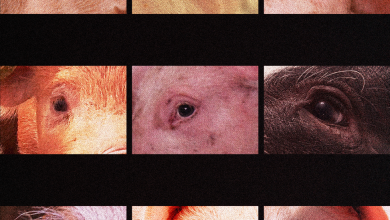 Spy Cams Show What the Pork Industry Tries to Hide 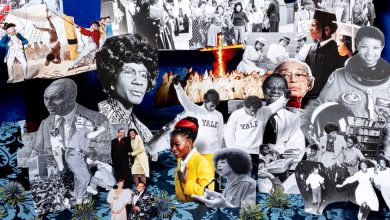 Erasing Black History Is Not the Role of the College Board