BOGOTA, Colombia — An explosion on Friday afternoon killed eight police officers who were heading to a social welfare event in Colombia’s southern department of Huila, according to the authorities.

Colombia has faced rising violence in the past five years, including attacks directed at the police, as the promises of a landmark peace deal with the country’s largest rebel group have largely faltered. More than 40 police officers have been killed in Colombia this year.

The national police said that the officers killed Friday had been on the way to San Luis, a small town in Neiva, a municipality of 350,000 people, when an explosive went off in the town of Corozal. The youngest of the officers was 18, the police said.

President Gustavo Petro, who was inaugurated last month, campaigned on a pledge to end the cycles of violence that have plagued the country, an ambitious promise of “total peace.” In addition to negotiating with the country’s armed groups, he said that his plans for tax and agrarian reform would tackle the poverty and inequality that have fueled the conflict.

On Friday night, he condemned the attack on Twitter. “Solidarity with their families,” he wrote of the officers killed. “These facts express a clear sabotage of total peace.”

Photos of the scene show a bullet-ridden truck with punctured tires, with the bodies of the men lying on the ground and in the vehicle.

Mr. Petro and the commander of the military forces, Gen. Helder Giraldo, arrived in Neiva on Friday night for a meeting of security forces, the Ministry of Defense said.

In a joint news release, the Defense Ministry and the office of the high commissioner for peace said “total peace” meant not remaining silent in the face of crimes. “This act of terror is a sabotage to the purposes of overcoming this violence that serves the interests of a few, who live and have lived off of the war,” the statement said.

Dissident groups of the Revolutionary Armed Forces of Colombia, or FARC, are known to have a presence in Huila. The town of San Luis, which has a history of conflict, in recent years has tried to remake its image by painting its streets with eye-catching colors, aiming to become “the largest mural town in Colombia.”

The FARC, the country’s largest rebel force, signed a landmark peace accord in 2016 with the Colombian authorities and agreed to disband and hand over its weapons.

But the agreement did not represent an end to the country’s decades-long armed conflict, which has killed 450,000. When the authorities failed to offer promised job opportunities and reforms in many places, armed criminal groups filled the vacuum, competing for territory previously controlled by the FARC. The conflict has been a complex battle involving the military, left-wing guerrillas like the FARC and right-wing paramilitaries. Billions of dollars in aid from the United States has flowed into the country but has failed to stem the drug trade.

Mass killings, mass displacement and the murders of social leaders have been on the rise since 2016, according to the United Nations.

Mr. Petro promised to make the peace deal a priority on the campaign trail and has called for changes to the military. The president, a longtime senator and former rebel, won this year’s election by a narrow margin in a highly polarized political landscape. His history in the M-19 rebel group, which demobilized in 1990 and became a political party that helped rewrite the country’s Constitution, made many Colombians distrustful.

His longstanding criticisms of the military and its links to human rights abuses, as well as his past as a guerrilla, have caused deep unease within the armed forces. He has proposed trying soldiers accused of human rights abuses in civilian courts, separating the police from the Defense Ministry and abolishing compulsory military service.

In July, the United Nations urged Mr. Petro’s incoming government to prioritize quelling the violence. In a report, it said Colombia’s “predominantly military response has failed to halt” the expansion of armed groups and organized crime, with many groups involved in drug trafficking and illegal mining.

The U.N. Human Rights Office in Colombia said that it had verified the killing of 100 human rights defenders last year and received information about the additional killings of 114 activists in the first six months of this year. The U.N. human rights chief then, Michelle Bachelet, noted that Indigenous and Afro-Colombian communities were especially affected by the violence.

“I urge the authorities to hear the voices of all sectors of society,” she said in a statement in July. “The people who live in rural and remote areas have suffered the most from this scourge of violence but are also best placed to help chart a path towards a more peaceful future.”

Eight Migrants Drown as Dozens Are Swept Down Rio Grande

‘We Do Not Want Unknown Graves’: The Struggle to Identify Bucha’s Victims 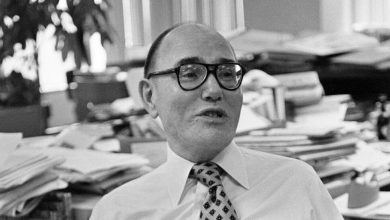