Long before the climate crisis was the focus of global concern Canadian photographer Edward Burtynsky was traveling the world documenting what people have inflicted on the environment and, by extension themselves. 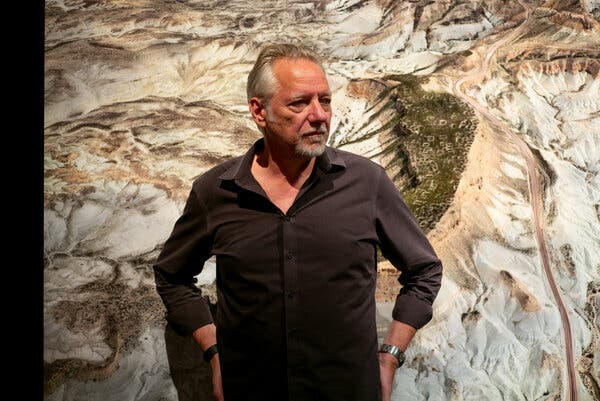 Edward Burtynsky said he looks “for landscapes that feel like they come from alien worlds.”Credit…Ian Austen/The New York Times

His work has always been monumental both in its subjects and approach. For most of his four-decade-long-career Mr. Burtynsky sought out the largest examples of what he wanted to document, like open pit mines and photographed them using cameras that made 4-by-5 or 8-by-10-inch negatives, which he printed at an oversized scale.

He’s long since moved on to working in digital photography, and he’s also exploring new ways of presenting his work other than just in books and as prints. His most recent project has gone from oversized to gigantic in scale.

“In The Wake of Progress” takes 40 years of Mr. Burtynsky’s works, including some video projects, and combines them with a powerful, emotional soundtrack composed by Phil Strong to create a multimedia experience. Anyone who visited Expo 67 will likely be reminded of The National Film Board of Canada’s “Labyrinth.”

It debuted on an extreme scale. For Toronto’s Luminato Festival, Mr. Burtynsky was allowed to take over the 22 screens that normally light up Toronto’s Dundas Square with advertising several stories tall. He’s followed that with a three-screen version, with each screen standing about 10 meters high. “In The Wake of Progress” recently closed in Toronto and is coming to Montreal this fall.

The sheer size of the projections brings dramatic changes to even Mr. Burtynsky’s most familiar works. The factory workers who appear as just rows of people in prints or books become individuals, and details emerge to the foreground.

I spoke with Mr. Burtynsky shortly before the smaller scale, yet still very large, Toronto show closed. The highlights of our conversation have been edited for clarity and length:

When you were offered the Dundas Square screens, was the idea immediately appealing?

I thought: Wouldn’t it be interesting to kind of have an arc of my complete career and to start and kind of buttress it with nature, to say we come from nature? And so it starts with an old growth, ancient forest and ends at that same forest.

It was also way to reference that the square was a grove of trees in the not-that-distant past.

A lot of public art, I feel, doesn’t directly connect. So I wanted to have the idea of somebody leaving Nordstrom’s with their shopping bag and then, all of a sudden, being swept up into a roller-coaster ride experience.

Mr. Burtynsky’s new show is based on 40 years of documenting the mark humanity has left on the planet.Credit…Ian Austen/The New York Times

Why did you start photographing the effect of people on the planet?

I started in photography at Ryerson and my first-year assignment was: Go out and find evidence of man. Then I started thinking about how ruins are this evidence of the lives of humans passing.

I grew up in St. Catharines, where there are all these leftover bits of the Welland Canal — the canal went through four different routes through time. I mapped all the different routes, I biked them all and then I started photographing these remnants.

It suited the way I like to think. It was kind of like they gave me like a hall pass to like be an alien. It was as if I had to come to this planet to report back to another intelligence about what we’re doing to the planet. I would show this other how we’re changing the planet, how we’re deforesting and how we’re turning it into farmland, how we’re extracting metals from the earth, how we’re using its water, how we’re using technology.

Our land of plenty will eventually become a land of scarcity because all the easy stuff will get picked over and the land will be depleted.

One striking thing about your work is how it reveals the skill people have at building things on an inhuman scale.

I always refer to that as the contemporary sublime. In the past the sublime was, if you look at the Romantics, nature. It was the gale force winds, the storm at sea. And we’re dwarfed in its presence and we’re overwhelmed and in awe of it.

The contemporary sublime is our technological revolution where we have dwarfed ourselves with our own creations. We are little trucks in this big open pit mine. We’re creating these 400- ton machines that can move tons of material in one bucket.

I look for landscapes that feel like they come from alien worlds, yet they are the world that we created. These things have this surreal quality to them and scale to them. There’s no reason for us who live in cities to go see these places. So I’m in a way bearing witness and bringing these things back to consider.

A native of Windsor, Ontario, Ian Austen was educated in Toronto, lives in Ottawa and has reported about Canada for The New York Times for the past 16 years. Follow him on Twitter at @ianrausten.

How are we doing?
We’re eager to have your thoughts about this newsletter and events in Canada in general. Please send them to nytcanada@nytimes.com.

Like this email?
Forward it to your friends, and let them know they can sign up here.

In the Philippines, Blinken Vows to Strengthen Military Ties 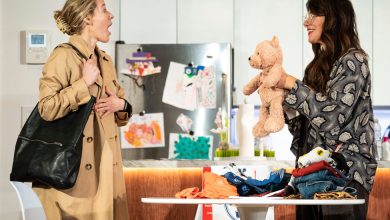 ‘Lucy’ Review: There’s Something About the Babysitter 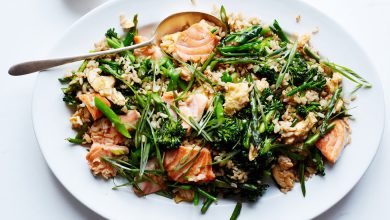 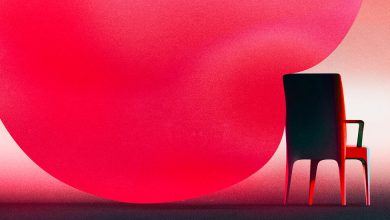